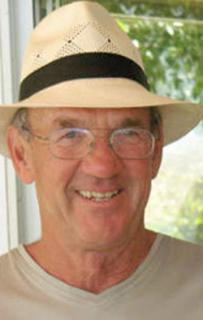 Dr. Barrie Grant is a board certified surgical veterinarian specializing in equine wobblers and cervical stabilization. While teaching at Washington State University, he saw a need to help owners and their horses with cervical cord compression. Working with a human orthopedic surgeon, Dr. George Bagby and another veterinarian, Dr. Pam Wagner, he helped develop the surgical treatment used in horses and people for cervical cord compression (wobblers). Growing up in Canada on his family's ranch, he learned about horses and cattle. Dr. Grant received his DVM from Washington State University in 1967. He did his internship and residency at the University of California at Davis. He returned to WSU to be on the faculty in 1969 and obtained a Masters in Veterinary Medicine in 1972. From WSU, he practiced on the standard bred racing circuit in California for 2 years. He then returned to WSU as head of the Equine division. In 1979, he became a tenured full time professor.

While at WSU, he was on the team that developed the use of diagnostic ultrasound and CT (CAT) scanning and high speed treadmill testing. He also was involved in the development of a practical prosthesis for use in horses requiring amputation, in addition to his involvement in developing a surgical treatment for wobblers.Dr. Grant left WSU in 1990 to join the practice at SLREH, then owned by Doctors Jay and Ethel Rose. In 1995, he became a co-owner of the practice. While at the hospital, he continued to improve the technique that now uses a titanium Seattle Slew implant (basket). He left SLREH in March 2008. Since the summer of 2008, Dr. Grant has been expanding his consulting practice in Bonsall, California. He enjoys surgery and working with veterinarians and their clients, and travels throughout the USA and internationally in this regard. Dr. Grant also works at the Southern California race tracks as a state veterinarian. He is proud to have been honored by his profession and is the recipient of the AAEP Distinguished Educator (Mentor) Award and the ACVS Legends Award.

Proud husband of Vaughan for almost 53 years and two daughters and 4 grandsons.