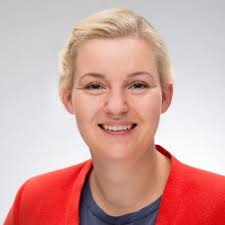 Charlotte received her veterinary degree at the University of Veterinary Medicine in Hannover, Germany in 2006, and thereafter finished a rotating internship at the equine clinic of this University.

In the following years, she completed a doctoral thesis in equine cardiology, followed by a PhD in equine gastroenterology and a residency in equine internal medicine.

She worked as a lecturer in the section of internal medicine at the equine clinic in Hannover, Germany, from 2010 to 2017 and became a diplomate of the European College of Equine Internal Medicine in 2015.

From 2017 to 2018, she worked as a researcher in translational medicine for the Comparative Orthopedic Research Laboratory at the New Bolton Center, University of Pennsylvania.

Charlotte became assistant professor in large animal internal medicine in August 2018 at the large animal hospital, University of Copenhagen. She has written several articles in equine internal medicine, focusing on cardiology, gastroenterology and equine welfare and lectures regularly at national and international courses and conferences.