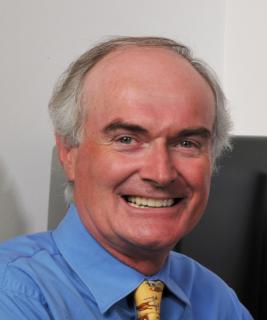 David Freeman graduated from the Veterinary College of Ireland, Dublin, in 1972 and then worked in private practice in Ireland for 10 months. He did an equine internship at New Bolton Center of the University of Pennsylvania in 1974 to 1975 and this was followed by a residency in large animal surgery at New Bolton Center from 1975 to 1977. He was awarded a PhD from the University of Pennsylvania in 1985.

He was also interim Department Chair in Large Animal Clinical Sciences at the University of Florida from 2009 to 2012. He gave the Sir Frederick Hobday Memorial Lecture by invitation from the British Equine Veterinary Association in 2004 and he was recognized by the Federal University of Minas Gerais, Brazil, “in recognition of outstanding contributions to the development of equine surgery worldwide” In 2011.

He is currently the Martha and Arthur Appleton Endowed Professor in Equine Studies, and Director of the Island Whirl Equine Colic Research Laboratory, University of Florida. David has developed 4 widely used surgical procedures in horses and has described improvements and modifications in others. His main area of clinical interest is improving survival after colic surgery.