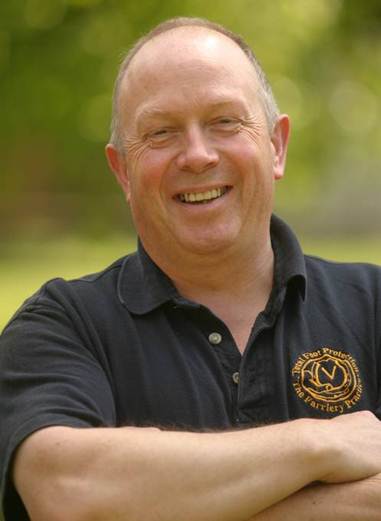 In 1968 David started his apprenticeship, with Howard Cooper FWCF Hons, at his forge in Abinger Hammer, near Dorking, Surrey. n At the end of the four years David spent with Howard he took the Registered Shoeing Smith. (This exam has now been replaced by the Dip WCF Diploma of the Worshipful Company of Farriers).

David passed The Associate of the Worshipful Company of Farriers exam in 1986.

In 1990, David started a farrier supply business Total Foot Protection Ltd. UK.  based in West Sussex, of which he is now a director.

Total Foot Protection Ltd. has continued to grow and is still committed to the supplying only the best tools and horseshoeing requisites.

In 1990 David started a vet and farrier referral centre -The Farrier Practice in Slinfold, West Sussex in the UK, where he continues to work as a partner, and plays an important part in supporting vets, farriers and horse owners in the treatment of lameness and foot related problems, specialising in sports horses.

Between 2006-2009 David joined the Advisory Boards of the International Hoof Care Summit and the Equine Lameness Prevention Organisation.

David is a Member of the International Horseshoeing Hall of Fame.

David has spoken and demonstrated his special skills at many of the major farrier and veterinary conferences and symposiums around the world and is busy giving clinics to farriers, vets and horse owners, to impart his knowledge to others.