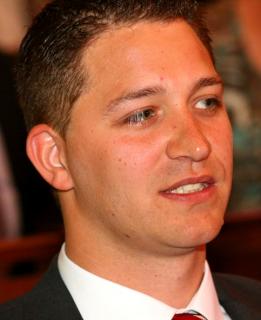 Florent David graduated from the National Veterinary School of Lyon, France in 2001. He subsequently completed an Internship (2001-02) and then a Residency program (2003-06) in Equine Surgery at the University of Montreal, Saint-Hyacinthe, Canada. During his Residency Florent completed a Master degree (MSc) on cartilage cytokine expression and osteoarthritis (2007) in Dr Sheila Laverty's laboratory.

He then took up a one year position (2006-07) as a Clinical Instructor in Equine Surgery and Lameness in the Veterinary Medicine Teaching Hospital of the University of Montreal. He became a board certified specialist with the American College of Veterinary Surgeons (ACVS) - Large Animal (Equine) and with the European College of European College of Veterinary Surgeons (ECVS) in 2007. He then moved to the Republic of Ireland in September 2007 and took on the position of Lecturer in Large Animal Surgery at the School of Veterinary Medicine, University College Dublin (UCD), Ireland. Since September 2009 Florent is enrolled in a part-time PhD programme at Utrecht University, The Netherlands which focuses on equine tendon repair.

In September 2011, Florent was granted recognition by the European College of Veterinary Diagnostic Imaging as ECVDI Associate Member (Large Animals) for his active contribution in the field of equine ultrasonography. From 2014 to 2016 Florent worked as an equine surgeon at Mid-Atlantic Equine Medical Center in Ringoes, New Jersey, USA.  In spring 2016 Florent was offered the job of Equine Surgeon and Sports Medicine Specialist at Bjerke Dyrehospital, in Oslo, Norway which is the leading equine referral hospital in Norway.  On a day to day basis Florent works in equine surgery and has specific clinical interests in ultrasonography and lameness investigation, as well as minimal invasive surgery (laparoscopy, arthroscopy & thoracoscopy). Florent has published more than 25 articles in peer-reviewed journals and has given more than 50 presentations at national and international meetings.