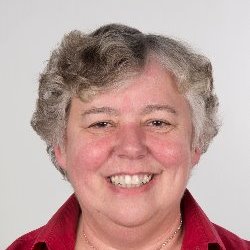 Since 1983 she has worked full time at the University. Between 1996 and 2006 dr. Sloet was head of the Equine Internal Medicine Clinic and presently she is professor of Equine Medicine in the Department of Equine Sciences. In 2001 dr. Sloet became an Invited Diplomate of the European College of Equine Internal Medicine (ECEIM). She was president of this College for 7 years, served 3 years as past-president and is now a honorary member of this college. Presently, she is president of the Board of Animal Arbitrage of the Netherlands, president of the Equine Health group of Sectorraad Paarden (SRP), member of the Council for Animal Affairs and member of the Ministerial Advisory Committee for Infectious Diseases. Prof. Sloet is also veterinary advisor of the Dutch National Equestrian Federation (KNHS) and the Dutch Warmblood studbook (KWPN).

She acts regularly as FEI Veterinary Delegate at international horse shows and is FEI head veterinarian for the Netherlands since 2001. Her topics of interest are equine exercise physiology, dermatology, forensic medicine and emerging diseases. Her hobbies are her family, wild life photography, scuba diving and some pleasure riding.