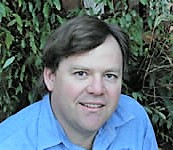 Dr Nick graduated in Veterinary Science at the University of Sydney in 1983 and undertook an internship at the university’s Rural Veterinary Centre in 1984. The next four years were spent at Massey University in New Zealand as a Junior Lecturer/Lecturer undertaking a PhD in laryngeal hemiplegia and receiving post graduate training in Equine Surgery. He was admitted as a member of the Australian and New Zealand College of Veterinary Scientists by examination in Equine Surgery in 1988.

Nick took up the position of Registrar in Equine Medicine and Surgery at Sydney University in 1990 and was Senior Registrar from 1992-1995. Nick Obtained Fellowship of the Australian College of Veterinary Scientists in Equine Surgery in 1990 and was granted Specialist registration in Equine Surgery by the NSW Veterinary Surgeons Board in 1991, by the ACT Vet Surgeons Board in 1997 and by Queensland in 2001. He was a member of the Executive of the Australian Equine Veterinary Association (AEVA) from 1990-2001 (President 1994), was on the AVA Board of Directors from 1996-2001 and is currently Chairman of the AVA Insurance Advisory Committee.

Nick has been an examiner, at Fellowship level, for the ANZCVSc in Equine Surgery since 1997. He has published approximately 25 scientific papers with special interests in respiratory tract and orthopaedic surgery, particularly arthroscopy. Since 1996, Nick has been a Consultant Equine Surgeon in Private practice, providing surgical services and second opinions on cases and radiographs for veterinarians in equine clinics throughout NSW, the ACT, Queensland and other parts of Australia.  Recently he has contributed to the ongoing education of Veterinary Surgeons in Turkey. He is also currently an Adjunct Associate Professor in the Department of Animal and Veterinary Sciences at Charles Sturt University, Wagga, New South Wales, Australia.