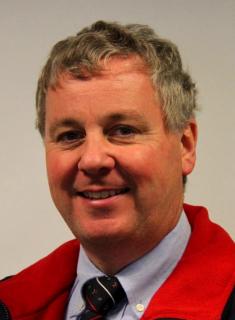 Roger Smith is Professor of Equine Orthopaedics at the Royal Veterinary College, London, UK. He qualified as a veterinary surgeon from Cambridge University (UK) in 1987, having obtained a First for his undergraduate degree and a Cambridge Blue at swimming. After 2 years in practice, he returned to academia to undertake further clinical training as a Resident in Equine Studies at the Royal Veterinary College. Following his residency, he undertook a 3 year research project culminating in the award of a PhD for his studies on the extracellular matrix of equine tendon.

He divides his time between running a specialist orthopaedic referral service within the Royal Veterinary College, where he is involved in lameness diagnostics, imaging and orthopaedic surgery, and continuing to direct research into equine tendon disease. His principal research interests are understanding the pathogenesis of tendon disease, diagnostics for tendon and ligament disease, and stem cell therapy for tendons in both horses and humans.

He is married to a medical doctor and has two sons.