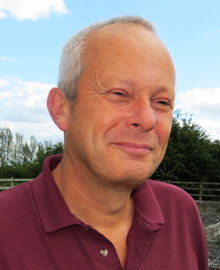 Tim graduated from the University of Bristol in 1980. He then worked for two years in mixed practice before returning to the University of Bristol as a Horserace Betting Levy Board scholar to undertake research in equine immunology. He obtained a PhD in 1986, and then stayed at Bristol as a Wellcome Trust Lecturer in Equine Medicine. He returned to mixed practice in 1990, and joined the Bell Equine Veterinary Clinic in 1992, becoming a partner in 1995.

He is editor of Equine Veterinary Education, the official journal of the British Equine Veterinary Association and the American Association of Equine Practitioners. He has an interest in clinical research (currently concentrating on MRI, colic, neoplasia and clinical audit), and has published widely in the veterinary literature. He has also written and edited several books on equine veterinary medicine and surgery. He also has an interest in evidence based veterinary medicine and is a trustee of RCVS Knowledge.